Ever since the inception of the World Wide Web there has been a gradual change in the way people share information on the internet-from simple file sharing to dynamic online applications. Most recent changes can be attributed to the rise of the mobile device. More and more people are using their mobile devices to access the internet. Mobile traffic is expected to overtake that of desktop in 2014. In addition, the tendency of human beings to seek efficiency and effectiveness has contributed to the changes experienced in web design over the years.

In the recent years, there has been a need to design sites that are small screen friendly. This caused a lot of web owners to design mobile versions of their already existing websites. However, 2013 has seen majority of designers opting to design a single version of a site which is both desktop and mobile device friendly.

This trend is motivated by the increased use of mobile devices in accessing the internet and the need for web owners to capture both desktop and mobile device users. HTML5 has given tons of flexibility to web interactivity through the ability to provide animation and event-oriented responses directly on the web.

Until recently, flash has been known to be the `king’ of interactivity and animation. However, the quest for a better user experience is threatening the use of flash in web design. With HTML5 and JavaScript, web designers are able to design highly interactive sites that load faster and have better usability.

A good example of this design is the windows 8 design which was released last year. Majority of people now perceive the flat design to be elegant and more professional compared to the other layout designs. This design has been adopted by web designers for that same reason- elegance and professionalism.

Parallax scrolling has been used in the past in gaming world but it has become one of the key web design trends of 2013. This technology creates an `illusion’ of depth when scrolling through WebPages making objects appear to be in 3D. This effect is caused by different images moving at different speeds.

This trend is also inspired by a better user experience, as it is suitable for conveying a powerful message on a website. Web designers have realized this, making this trend very popular especially in gallery and photography websites.

Another key web design trend is the drift by web designers from the traditional top navigation to a sophisticated navigation that enhances user experience. The ‘main menu’ is gradually disappearing with some designers ignoring it completely or designing it so that it will be sliding on the screen edges. This trend improves usability especially on small screened devices such as Smartphones and Tablets as a single page is used to display a variety of contents.

Before the release of CSS3, natural elements such as boxes and circles were only possible by the use of graphic design software such as paint. However, with CSS3 web designers are now able to create these elements completely with their shadowing by use of simple CSS code. 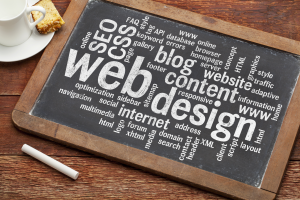 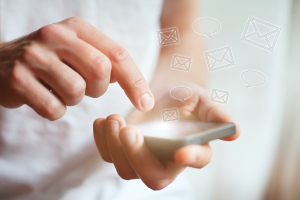